Saoto soup – no maggi cubes, all 100% homemade to make the best soup.

Saoto soup is a traditional Suriname soup that consists of chicken broth with vegetables and spices usually served with a bowl of steamed rice.

I had saoto soup for the first time, a couple of years ago in The Netherlands and I loved it. So some months ago I started doing some research to cook it at home.

What I love about cooking new things at home is that you can make all 100% homemade. That is why I was surprised that ALL the recipes I found on the internet use maggi cubes. I never used them and I will never do.

I do not like using this kind of products in my kitchen as they are really high in sodium and I can not know what kind of fresh ingredients they used to produce them.

As I was not going to use maggi cubes I decided to experiment at home to make a really nice chicken broth on the slow cooker. Full of flavour and 100% homemade.

After a couple of trials I found the perfect recipe to make a really nice and full of flavour chicken broth. REAL 100% HOMEMADE BROTH with no maggi cubes 😉

We will use that to make the best saoto soup at home with no maggi cubes. 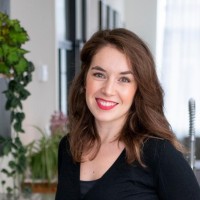 Hi, I am Enara

I am passionate about cooking, markets and urban gardens. Always looking for fresh seasonal ingredients at local markets to create new recipes. I hope this place inspires you to cook something new. Enjoy it!

This website uses cookies to improve your experience while you navigate through the website. Out of these cookies, the cookies that are categorized as necessary are stored on your browser as they are essential for the working of basic functionalities of the website. We also use third-party cookies that help us analyze and understand how you use this website. These cookies will be stored in your browser only with your consent. You also have the option to opt-out of these cookies. But opting out of some of these cookies may have an effect on your browsing experience.
Necessary Always Enabled
Necessary cookies are absolutely essential for the website to function properly. This category only includes cookies that ensures basic functionalities and security features of the website. These cookies do not store any personal information.
Non-necessary
Any cookies that may not be particularly necessary for the website to function and is used specifically to collect user personal data via analytics, ads, other embedded contents are termed as non-necessary cookies. It is mandatory to procure user consent prior to running these cookies on your website.
SAVE & ACCEPT